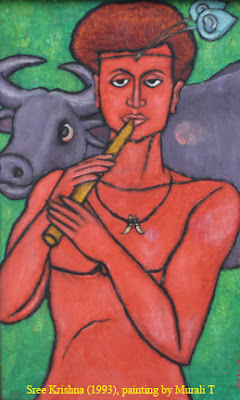 Just like every Indian, the influence of Srikrishna, the mythical God character has been much more than significant in the life of the artist. During the time while reigning as the first in class academics, in "Mandodi" LP school, the artist was asked to perform “Kani kanum neram” kirtan in praise of Lord Krishna, on stage, which with extreme difficulty and tears did complete. Its this same Krishna who was elemental in making the author receive a copy book [though used] as a third class/standard pupil.
Soon after crossing the tedious bridge of 10th standard exams, the godly avatar of Sri Krishna underwent revolutionary transformation in the mind of the artist who celebrated every single one of his birthdays at Guruvayoor, and finally became humanized.
As the yarn worn fanatically Brahminical Krishna was banished after being given a bashing farewell with revengeful criticism and ruthless taunting, I befriended the shepherd version with OBC [Other Backward Class] background. When I say I ‘banished’, it’s not that I took the costly idols off our ‘pooja’ room and threw it against the canal right beside my house.
I regular annual homage paid, and the pilgrimage done to Guvayoor was humbly avoided with all due love and respect and the inherent natural perception just got scientifically re-constructed. 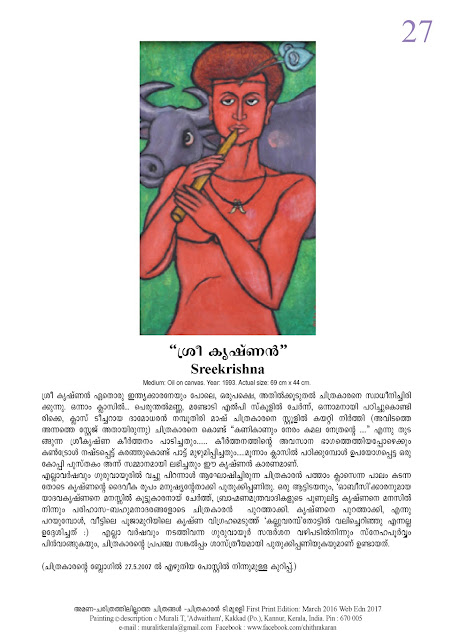 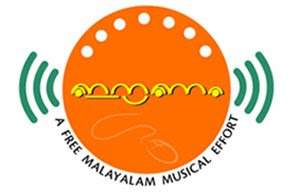 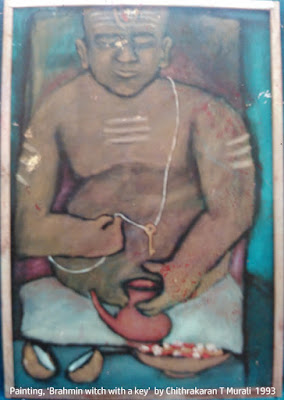